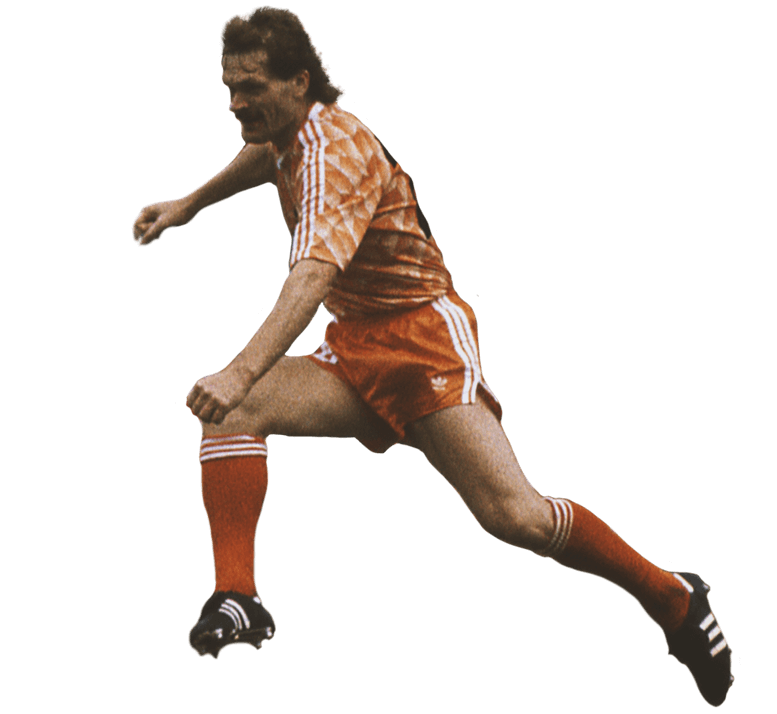 Even now clubs are still searching for a player 'like Jan Wouters'. The midfielder was known as the fearsome power machine on the midfield, investing everything for the result. Fans of Ajax Amsterdam reacted surprised when coach Johan Cruijff advised to take him over from FC Utrecht in 1986. But once playing for Ajax, he turned into one of the favorites of the team, proving that his attitude towards the game gave Ajax just that to win prizes.

In that specific role Jan Wouters also was of enormous importance to the Dutch national team winning the European championship in 1988. Wouters was nicknamed 'Mister Elbow' after injuring international Paul Gascoigne during the World Cup qualification game between England en Holland in '93. Wouters later reacted it was never his intention to injure the key player of England, who had to be replaced during halftime. Wouters became a coach after his career as a player and managed teams like Glasgow Rangers, Ajax Amsterdam, PSV Eindhoven and Feyenoord Rotterdam.