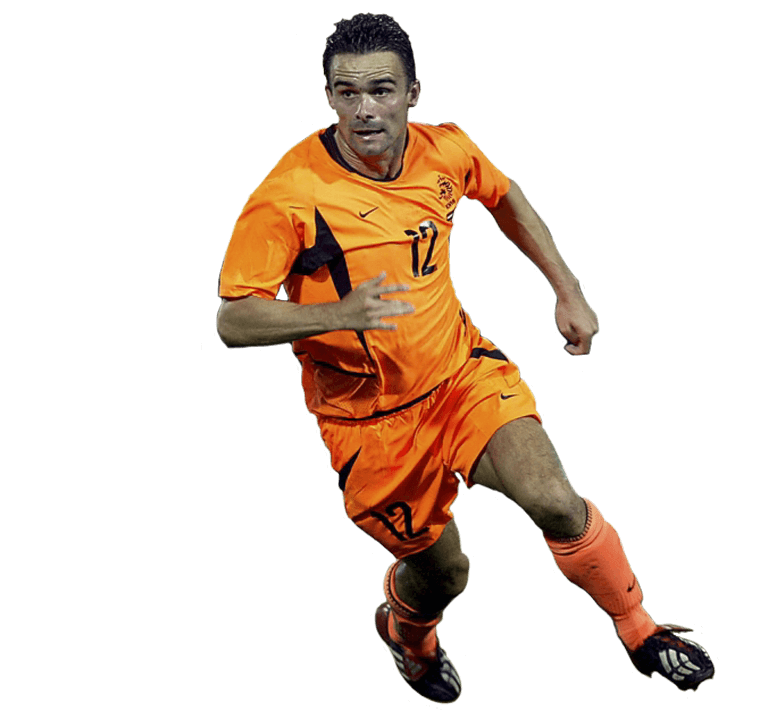 Football fans of around the world will always remember Marc Overmars as the left winger who scored with his right foot. During his career the goalkeepers were aware of his typical moves, but nevertheless were unable to prevent the Dutchman from scoring. Marc Overmars was also known for his running speed, which earned him nicknames like 'Speedy Gonzales' or 'the TGV' as the high-speed train on the pitches.

Only 22 years old on winning the Champions League with Ajax Amsterdam, he continued his career at FC Barcelona and Arsenal. His transfer in 2000 from Arsenal to Barcelona for an amount of over 40 million pounds made him the most expensive Dutch player of all time. Due to knee injuries he had to retire from football in 2004. Four years later he made a short comeback at his first ever club, Go Ahead Eagles. As a director, Overmars currently works at Ajax Amsterdam.