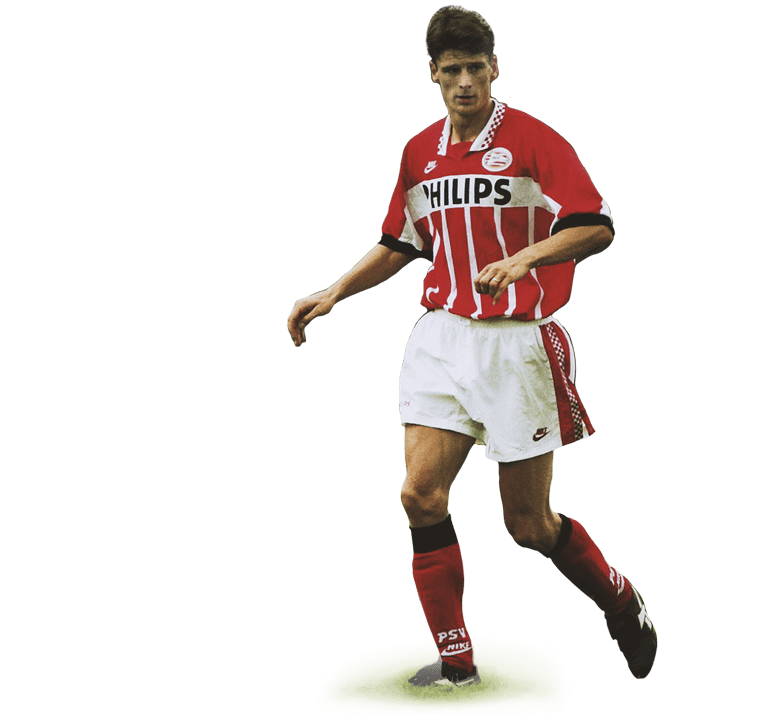 Throughout his career Wim Jonk had a special partnership with attacker Dennis Bergkamp. With his fluent technique Jonk sensed the intentions of Bergkamp and both of them became a deadly duo on the pitch. Jonk delivering the passes, Bergkamp finishing them.

Playing for Ajax Amsterdam Wim Jonk was 'the man behind Bergkamp', always knowing on forehand where he had to deliver the ball. It earned the both of them a highly ranked transfer to Inter, where they won the UEFA Cup. After spending two seasons in Milan, there came an end to the unique cooperation. Bergkamp left for Arsenal, Wim Jonk returned to Holland where he signed a contract at PSV Eindhoven. Jonk turned into the leader of the team, winning the Championship, the Dutch Cup and three Super Cups. At the age of 32 Sheffield Wednesday was still willing to pay 2,5 million pounds to get the experienced midfielder into their team. A chronic groin injury finally forced Jonk to quit the game in 2001.